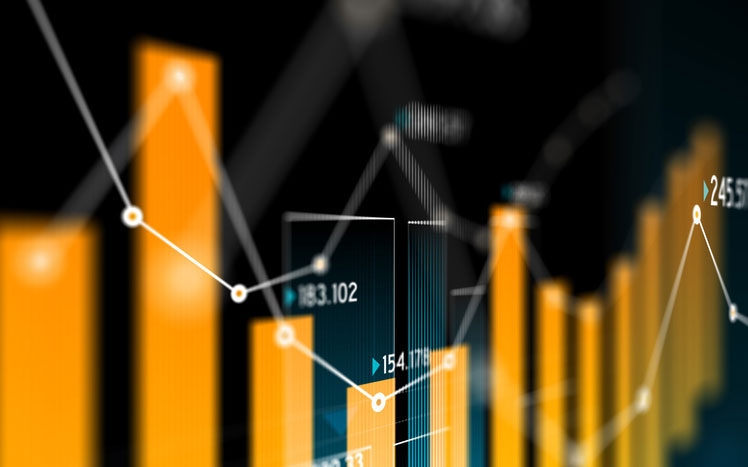 The recent emphasis on data science that has swept over almost every industry has resulted in a lot of fascinating insights and stories being uncovered. The companies that are signing the big paychecks that data scientists are cashing in on aren’t paying to pick apart terabytes of data out of simple curiosity. There is a big investment in big data right now because there is big money on the other side of all those analytics.

Some of the potential financial advantages are obvious. In marketing, for example, the more data retailers can amass on individuals, the better their prospects are for selling them the products they want.

But in other cases, the applications for turning data into dollars aren’t quite so obvious. Keen insights and careful work is required to even begin amassing the right information to analyze, let alone drawing the correct conclusions. When data scientists get it right, though, the results can be worth billions.

Quantitative Investing Looks Outside The Box For Smart Plays

Chipotle Mexican Grill apparently exploded out of nowhere onto the fast-food restaurant scene. By 2008, the combination of a simple menu and fresh, organic ingredients had made the restaurant a favorite on both Main Street and Wall Street, with a stock offering that had gone up more than 100 percent on the first day of trading and shown remarkable resilience even as the rest of the market plummeted into the depths of the Great Recession.

But a series of incidents turned the Cinderella story around starting in March of that year and continuing through 2015 as first hepatitis, then norovirus, then e. coli outbreaks hit stores hard on both coasts and scared away customers. The stock price tanked.

Far overhead, impassively watching, surveillance satellites were taking in a view of Chipotle stores all over the country. Downlinked to an analytics firm named Orbital Insight, images of the parking lots at those stores were fed into computers and the number of cars carefully analyzed.

Based on that traffic analysis, the company found a strong correlation between the resulting car counts and subsequent share price performance at the company. Some investors were paying attention. Well ahead of the release of official numbers by the company itself, investors decided that the company wasn’t being hit as hard as the market imagined. Pershing Square Capital Management, a New York hedge fund managing more than $12 billion in assets, took the plunge, buying a 10 percent stake in the company.

A year later, the price was up by 15 percent, a big payoff for Pershing and other investors who had paid attention to Orbital’s research.

This approach to analyzing investment strategies is just one aspect of quantitative investing, an approach that makes use of complex data models and sometimes unusual sources of information to value potential investments. Although it’s just another twist in a long road that traders have followed for getting an edge on the markets, it’s an example of how big data is answering questions that many people had not even thought of asking yet… answers that have been worth billions to the people paying attention.

This is one technique we don’t have to guess at when it comes to value; we already know that systemic analysis of stock trade data has lead to the development of algorithms that traders are using to execute millisecond-level trades of securities to take advantage of previously unknown and unnoticeable inefficiencies in the market.

In the early days of HFT, it didn’t take much of an edge to be successful. But as more and more firms entered the space, algorithms began to predict and play off one another as well as the moves in the overall market, and the ability to accumulate and rapidly analyze vast amounts of data to spot those trends became a key strategic advantage.

Firms that execute those strategies well make tens- or even hundreds- of millions off of them on a good day. But the system is also fraught with danger; in 2010, algorithms bouncing trades off one another contributed materially to a nearly 1,000 point loss in the Dow Jones Industrial Average in the space of only five minutes. Trillions of dollars in value evaporated… although most of it returned nearly as rapidly. It provided a cautionary example of how Big Data can go bad, and pointed to the necessity of having well-trained data scientists on staff.

But until recently, data hadn’t made a great deal of impact on how games themselves are played. Players and coaches have always watched game film to look for tendencies and weaknesses in their opponents, but no matter how systematic their review, the method has always been limited by human perception and how many hours someone can stare at a screen with intense concentration.

Computers don’t have that problem and digitized video can be assessed rapidly and reveal surprising trends and patterns that the human eye might not spot. European Premier League soccer team Arsenal adopted the Prozone system (now STATS Technology) in 2015 to monitor games on their field, generating up to 10 data points per player per second, or 1.4 million points per game. Coaches and players use the analysis to alter their tactics and strategy to disrupt opponents.

Wearable personal monitors have also upended training regimens and data analysis companies like Catapult have had an impact on injury reduction for football players and Olympians alike. Keeping multi-million dollar athletes performing at optimum levels and not being sidelined for injury is likely already saving teams millions; billions could be just around the corner.