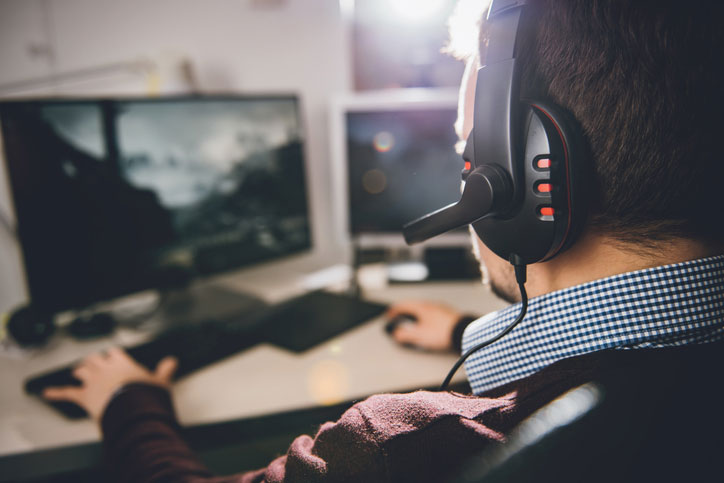 If you spawned at the Lake Base in Valhalla during the Halo 3 beta, you were as good as dead. You could hardly get out onto the digitized field of battle without taking a rocket to the chest or a sniper’s bullet in the cranium, let alone getting a chance to shoot back. Players logged off in disgust if they found themselves on the Red Team when the map came up in rotation during matches.

This was a big problem for Bungie, the game’s developer, and Microsoft, maker of the Xbox game console for which Halo was the flagship title. Halo 2 had been a lackluster single-player game, but it had blown audiences away with the smooth and fun multiplayer matches.

But unbalanced games were an anathema to players. No-one likes to die right after spawning, before even getting a chance to shoot back at the opposing team.

But big data bailed Bungie out before it ever really got into trouble. Programmers had wired up the release candidate software with comprehensive logging and monitoring features. Every player action, every bullet fired, every character death, was logged for analysis.

By creating a visual heat map of player death locations, the problem with the Lake Base became obvious… it was a puddle of red. The opposing base was a cool gray color, with hardly any specks on it. Clearly, the geometry of the map was unbalanced, giving an advantage to the players from the Waterfall Base.

A few tweaks later and the problem was solved. Halo 3 went on to become the best-selling video game of 2007 in the United States.

Valve Software is one of the rockstars of the computer gaming industry. The company behind mega-hits like the Half-Life series, Counter-Strike, Left for Dead, and DOTA. The company has also become known for its data-driven designs.

As the operator of Steam, the premiere online game distribution system in the world, the company has the ability to wire up and collect all sorts of information on game play. Kills, deaths, equipment choices, tactical moves… Valve collects it all.

Using the cumulative information from thousands of players in millions of matches, the company fine-tunes levels in the same way Bungie did with Halo 3, and also tweaks equipment characteristics to ensure that no particular team is overpowered. Interestingly, the ongoing metrics also reflect changes in player skill and adaptation to the game itself.

This ongoing analysis reduces meta gaming and is one reason why Valve’s games are some of the most popular in professional gaming competitions—they are tests of skill rather than artifice.

A Different Kind of Data Mining

Data scientists aren’t the only ones interested in data mining for games; gamers themselves have learned how to conduct a different sort of data mining on games, analyzing the contents of data files to locate spoilers or gain advantages in their gameplay.

This has been a problem with World of Warcraft, the massively multiplayer online role-playing game (MMORPG) that took the internet by storm in 2004 and remains one of the biggest shared-world games in the industry.

After each release of a new game client, intrepid players would analyze the downloaded data files to uncover new levels, capabilities, and characters. This represented a significant challenge for designers trying to tell stories and hold back surprises in online encounters.

Less sketchy methods are also being used by players looking to up their game, however. In Valve’s Dota 2, players have developed a series of tools to analyze game match data to analyze comparative match-ups between classes and play styles.

Data-Driven Gaming is Just Getting Started

The future offers even more interesting applications for analytics and machine learning in games. Today, aggregate analysis of player patterns is driving the overall design of some games, but tomorrow, it’s entirely possible that the same machine learning algorithms will be put to work optimizing gameplay on the level of the individual user.

As far back as 1983, game engines were programmed to assess how hard users were finding the game and adjust difficulty levels in some situations to avoid frustrating players.

Such systems have only become more sophisticated since then. Valve’s Left 4 Dead, for instance, uses advanced AI to generate encounters for players at a pace and in places that it judges most effective to ratchet up tension and improve multiplayer group dynamics.

Before long, however, similar optimizations might be made at the narrative and engagement levels. Games will detect the aspects of story that are most appealing to the player and craft the narrative to those preferences.

At the tactical level, the same game might sense a preference for certain types of puzzles or fights… a player who shows an affinity for aspects of the game dealing with magic, for example, might be presented with more scenarios that offer opportunities to use those skills than a player who thrives on swordplay.

Progression can also be tailored to such preferences… the player who is drawn to magic might have their loot drops subtly boosted with more magic items to hold their interest over time.

Although we’re only seeing hints and tiny examples of how this future might unfold, it seems inevitable. But the inevitability could be a danger, too.

Whether or not video games are addictive in the clinical sense is still being debated in the psychology community. But no one doubts that WoW has been compelling enough that a non-trivial number of players resort to peeing in bottles rather than leaving the screen at pivotal moments.

That level of dedication is happening with a very rudimentary, generalized behavioral reward strategy. What happens when games can learn to zero in their behavioral compulsion on your unique individual motivations?

Data scientists working in game development may have to weigh the consequences of the answer to that question against the work they are doing. The rest of us will have to buckle up and wait to see what they come up with.